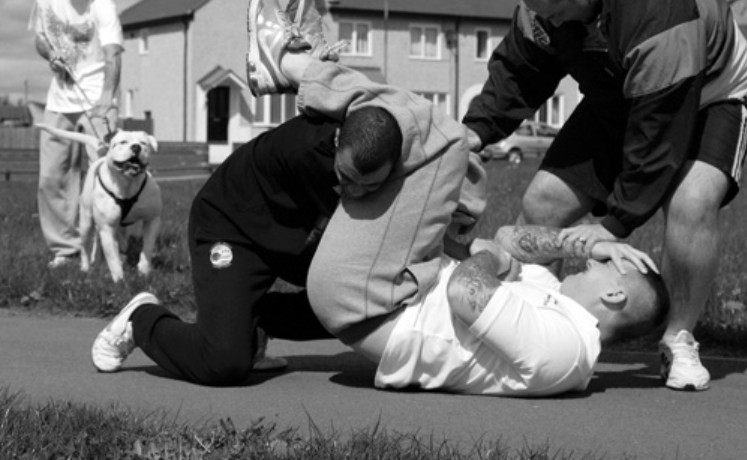 ADCC 2022 did not disappoint! We saw amazing submissions, hard takedowns, young athletes rising up to the occasion, new champions crowned, and even street jiu-jitsu. That’s right folks, ADCC has brought jiu-jitsu back to its roots! ADCC matches were allowed to continue into the street to display the effectiveness of jiu-jitsu in real life situations. We were able to see some exciting matches that continued right onto the the unforgiving concrete with absolutely zero concern for the athletes safety. Just the way pure jiu-jitsu should be.

“We are hoping to attract a broader audience”, said ADCC spokesperson Kenny Powers. “For anyone wanting to know if jiu-jitsu is effective in the street, we got you covered. We are making a real effort to make jiu-jitsu pure again.”

This is exactly what went down when former ADCC gold medalist and MMA granny champ, Gabby Garcia faced up and comer Amy Campo in the finals of the women’s +60kg division. It was one of those exciting matches that included the concrete as part of the championship environment. In the last minutes of the David vs Goliath bout, Amy took Gabby down off the mat on to the concrete and mounted her. From there Amy attacked Gabby’s arm with her signature concrete armbar. Amy went on to win the match by points.

After the exciting weekend, there have been rumors flying of holding the next ADCC on concrete with no mats at all. Word is they are even holding the Superfight over a snake pit. “I’m not going to say it’s gonna happy for sure, but King Ryan has verbally agreed to the snake pit match,” Powers stated. He went on to mention that Ryan would love to display his anaconda (choke) for everyone.

The new rules are also grabbing the attention of some of MMA’s biggest names. For instance, the Diaz brothers are now interested in a chance at the ADCC gold with the updated ruleset. They are even pushing for some more changes to help, “make jiu-jitsu pure again.” Nick elaborated, “In addition to concrete, we’d really like to see a baseball bat thrown in at random times or even have a homie help bang after 30 seconds.”