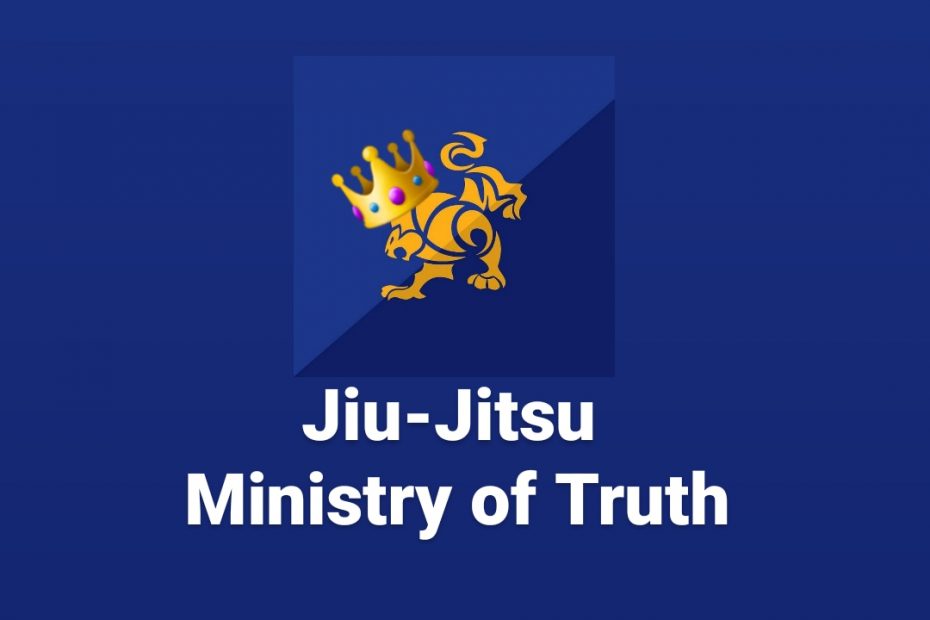 Cockney Jiu-Jitsu Academy (CJJA) fined by the International Jiu-Jitsu Fukeration (IBJJF) for not having an authentic origin and affiliation with a legitimate team. In an effort to maintain wholesomeness of the martial art, the self appointed governing body of jiu-jitsu is now taking action against those it deems evil. Last month, CJJA made headlines after investigators claimed their no-gi class was the origin of a massive monkeypox outbreak. This month, the infamous martial arts gym in London may have to pay up in order to continue training jiu-jitsu. Unless they can prove their jiu-jitsu authenticity, CJJA will have to pay an erroneous fine of 17 Brazilin Reals and agree to quit abusing, “Oss.”

The martial arts community is rich in tradition that is passed down from instructor to student. The IBJJF embodies this mindset as the Jiu-Jitsu Ministry of Truth, requiring all their jiu-jitsu schools to register their students ranks and verify their professor. Well known for hosting some of the worlds most boring jiu-jitsu competitions, the IBJJF has fought to maintain the purity of the martial art by seeking to self authorize and govern every gym practicing the art of jiu-jitsu.

The IBJJF identifies itself as the supreme leader of all martial organizations and truly values the importance of lineage, passing down knowledge, tradition and an assorted variety of toppings for Açaí bowls. Therefore, It was not a shock when the prestigious organization fined the villainous school.

Cockney Jiu-Jitsu Academy, known for its dark arts and pottery collection, was founded by former woodworker and jump rope enthusiast, John Kiper. Having no known nickname, John had a vision that was quite different from any other martial arts school, “I don’t want to be $@#%ing lame,” he exclaimed. When asked to elaborate, John gave a black-belt-never-tells kind of smile while crucifixing one of his blue belts.

Rumor has it, Kiper was secretly presented with a jiu-jitsu black belt by Steven Seagal himself in the late 90s. After demonstrating skills that outgrew Seagal’s midsection, Kiper decided to move on and open his own academy. Some refer to this as the day Kiper woke up and chose CREONTE – Jiu-Jitsu treason. Many claim otherwise as Seagal’s jiu-jitsu lineage has been called into question in the first place.

CJJA and other rogue schools with questionable lineage have dominated local and regional tournaments, forcing the IBJJF to finally step in to save jiu-jitsu. Even with numerous tournament wins and gold medals, the IBJJF isn’t impressed and is now requiring immediate proof of authentication of martial arts heritage from all schools training jiu-jitsu.

Should all martial art schools claiming to train jiu-jitsu be required to register their authenticity with the IBJJF or otherwise face fines? Let us know in the comments below.