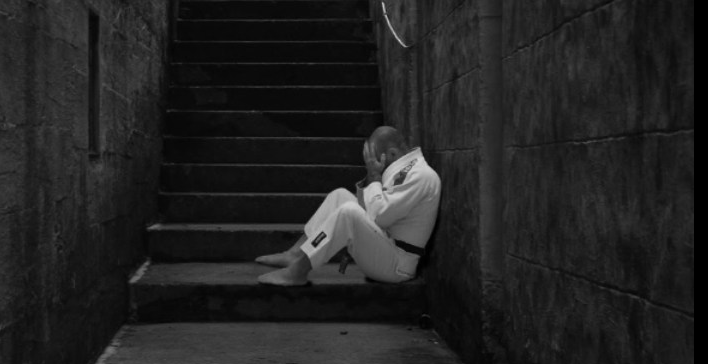 Across the world this week, thousands of jiu-jitsu students have been fake punching each other in the face and reviewing every arm triangle submission defense they can find on YouTube. As we all know by now, sambo specialist Islam Makhachev defeated jiu-jitsu specialist Charles Olivera in the 2nd round at UFC 280 last Saturday, with an extremely basic head and arm triangle submission.

The jiu-jitsu community has been torn since they witnessed a representative of their beloved artform tap at the highest of levels to just a sambo guy. Lower ranked belts have been proudly defending the artform they have dedicated so much of one year and three months to. However, the purple belts and above have been much more silent since jiu-jitsu took the fall on Saturday. According to FloGrappling statistics, the overall attendance of upper belts has been extraordinarily low this past week while attendance of lower belts has been on the rise. Obviously, results from Saturday hit the purple, brown and especially black belts quite differently than their fellow white and blue belts. Grief? Sorrow? Embarrassment? This past Saturday, jiu-jitsu upper belts of 2022 got a dose of the same medicine that Gracie Jiu-Jitsu gave other martial artists in 1993. And it tastes like you’re in the bottom mount, being smothered by a world champion level sambo guy in an open sambovka and no rash guard.

Jiu-jitsu white and blue belts have spent the past week recreating the UFC Lightweight championship bout hundreds of times, posting their step by step breakdowns on how to defend arm triangle submissions and filming TikTok self interviews on why jiu-jitsu is still the most superior martial art. Three stripe white belt and two time Naga beginners champ, Jeffery Glove, who is a competitive and hobbyist practitioner but mostly competitive, gave his thoughts on the fight. “I mean arm triangles are one of the first things I learned in BJJ. I usually just use the phone home defense. It’s clear that the fight was rigged. Jiu-jitsu is life. OSS.”

While the lower belts are still jiu-jitsu loud and proud, upper belts are leaning more towards Rickson’s invisible jiu-jitsu this week. It appears they are painfully recounting the years they dedicated to the art, wondering if all that time was wasted. So much life spent training jits, sweating, hurting, the family sacrifices made, physically hurting, posting Insta stories, telling everyone they know that they train jiu-jitsu, in pain hurting, eating acai and playing too much guard. The upper belts are now plagued heavily with a burning question, was all this dedication and sacrifice made to the wrong art?

The art that literally changed so many lives has been dethroned. The one that revolutionized the martial arts world when Royce showed the dominance of jiu-jitsu has been abdicated. This fall from power is even recognized by Rener Gracie Black belt and UFC fighter, Brian Ortega. The “jiu-jitsu specialist” has asked to be trained by Islam’s sambo coach, none other than Kabib Nurmegomedoffvv.

lslam was recently filmed mocking UFC jiu-jitsu black belts in an interview with Daniel Comier, even stating, “We need to cancel many black belts.” Saturday gave him the opportunity to start the cancellation process while simultaneously creating a silent migration. Jiu-jitsu upper belts across the world are stepping off the soft, smooth, freshly sanitized Dolymur mats and onto the hammer and scythe embossed sambo mats made of cardboard and oppressed souls.

We were able to track down a former black belt found browsing wrestling shoes, who requested to remain anonymous for an interview. “I pretty much only train no-gi anyway, but the belt meant something, you know? Well, it did before Saturday. Like it really meant something to me. It was part of my identity. And now what? How can I go around and act like my cult is the best?” The anonymous former black belt gave acknowledgement to sambo and recognized the continued evolution of martial arts. “You either evolve or you become Felipe Pena. It’s time we shed our black belts and pick up some red or blue short shorts. It’s time we accept thick back hair, unibrows and threeheaded animals as a normal part of society. It’s time we move on from jiu-jitsu. It won’t be easy, but like Kabib said, “If sambo was easy, it would be jiu-jitsu.”

Is this the beginning of the end of jiu-jitsu? Please let us know your thoughts below.