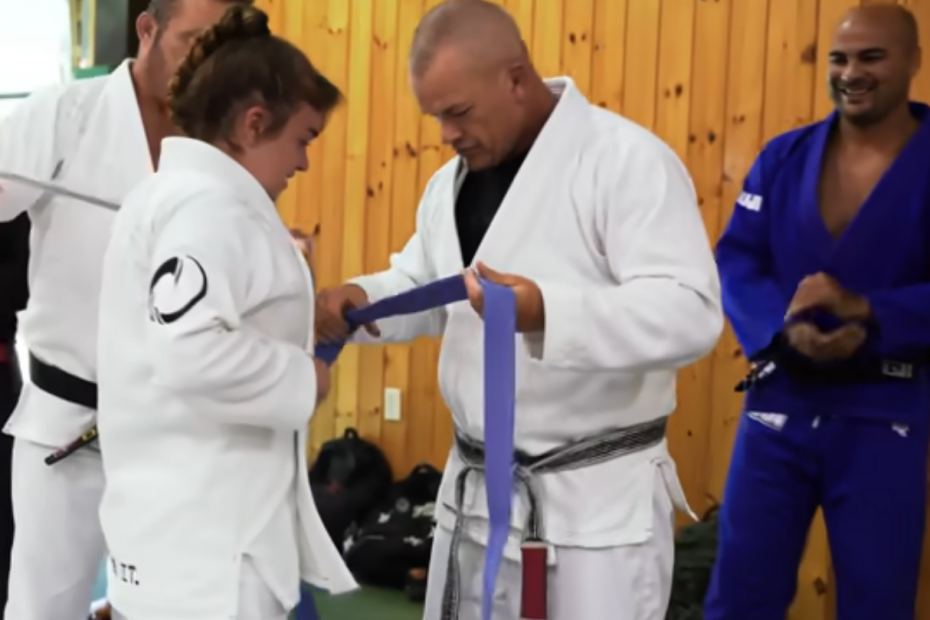 Apparently, there’s a new commander in town. New Jiu-Jitsu blue belt, Rana Willink, is speaking up about her father’s social media presence. Just weeks after receiving her blue belt from none other than Jocko himself, she’s spilling the beans on what’s it’s like to live with the former US Military commander.

Jocko Willink, a former commander for US forces during the the Iraq war, (although mostly known for his energy drink line and large forehead) was not quite prepared for the storm that was created after promoting his daughter to blue belt last month. We saw tears in the eyes of the former commander that day, but now we know the real reason why.

According to Rana, her promotion has been long overdue and now it’s time to set things right. It seems like she is starting with her father and outing him on his famous 4 am daily routine. She says he takes his famous pictures of his watch ahead of time and uses a program to automatically post them at 4 am. It would also appear the former Lieutenant Commander spends an hour taking his “artsy” workout photos each evening and gets a good night of rest after all.

Apparently, Rana now only references her dad as Biff (as in the Back to the Future character) and mentioned Jocko’s frequent trips to receive pedicures. He says it’s to keep intelligence on Vietnam, but it’s really to keep his feet clean for Dean Lister, according to the new blue belt.

Rana went on to state that Jocko doesn’t even use his own supplements. Evidently, Jocko reuses a Jocko Molk container, but fills is with Nesquik powder weekly.

Eddie Bravo was also available for comment on the subject, “Look into it.”