“The King” Gordon Ryan – Trending as #1 Costume this Halloween 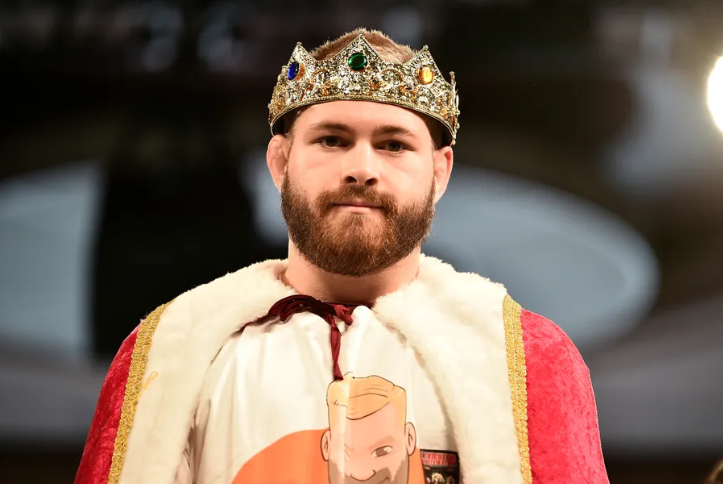 Studded crowns and golden edged capes are flying off store shelves and filling Amazon carts this October. Although, it’s not for the new King of the United Kingdom that has been in recent world news. Rather than getting sausage fingers and dressing as King Charles, kids are choosing a more real and powerful King this Halloween season, King Gordon Ryan.

The NoGi King. The Jiu-Jitsu King. The Herculatic King. The Submission Grappling King. Lord of the Mark. The Undeniable King. First of His Name. The Iron Dragon. The Son of Big Gord. The one true King. For he is the The King, Gordon Ryan.

King Ryan not only won the Gold in the +99 kg division this ADCC but also defeated André Galvão in a much anticipated Superfight with a spectacular rear naked chokehold. The King’s recent victories at ADCC have established him as the Greatest King of all time. Which he already was. So, basically, he is the Greatest of All Time Again Forever.

And not surprisingly, his greatness has now grown beyond his technical and dominate performances on the mat. He is undeniably the most popular king to ever rule these grappling lands as well. Breaching grounds untouched by others before him, Gordon’s popularity amongst kids this Halloween is not a total surprise. McDonald’s restaurants are even considering miniature Gordons in Happy Meals later this year.

King Gordon might be the kids’ choice of their Halloween costume this year, but do parents feel the same way? Fortunately, we were able to to catch up with a parent of a few youngsters at a local Halloween pop up store. With a giant King Gordon inflatable outside, we were not surprised to find little Connor and Nate screaming, “I will dominate you,” while wearing pec implants when we first walked in. The father of the two boys (who will remain nameless but wanted us to mention he is a 7 year blue belt and is due for his purple belt at any time) says he is very happy about the kids choice this year. “Would you rather have your boys dressing up like a Disney or Marvel Superhero or a real life one? It’s a simple answer. We are witnessing greatness. If you’re not encouraging your children to look up to King Ryan, then you’re dressing Timmy up like a Rainbow Buzz Lightyear and handing out N95 masks for Halloween.” The 7 year blue belt also mentioned he has 9 Instagram accounts and swears Mark Zuckerberg is a robot built by Bill Gates himself.

We asked one parent, who appeared to be dressed as She Hulk, if they thought Marvel costumes would make a resurgence this year, but it turned out to be Gabi Garcia.

If you can’t get your hands on that crown and cape, don’t tap out just yet, John Danaher is here for you. The John Danaher Halloween kits that sold out last year, are back and selling quickly again this season. For less than the cost of a 10th Planet purple belt private lesson, you can get a kit that includes everything your child needs to become John this season. The kits are packaged by John himself in his living room and include the following: Bald Cap, Rashguard, Fanny Pack, Chapstick, Elbow lotion, Baby SPF 100

Eddie Bravo was amazingly available for comment, “Look into it.”